The city Middle Of The World is a commemorative monument to the middle of the world, where the equator settles and splits the world into the two hemispheres. It’s located 26 km north of the city of Quito and the coordinates for this place are 0°0’0’’ (Not exactly, though).

On this tour, you can also visit the Ethnographic Museum Middle of the World, a place with lots of activities to do and things to learn about indigenous people in Ecuador. 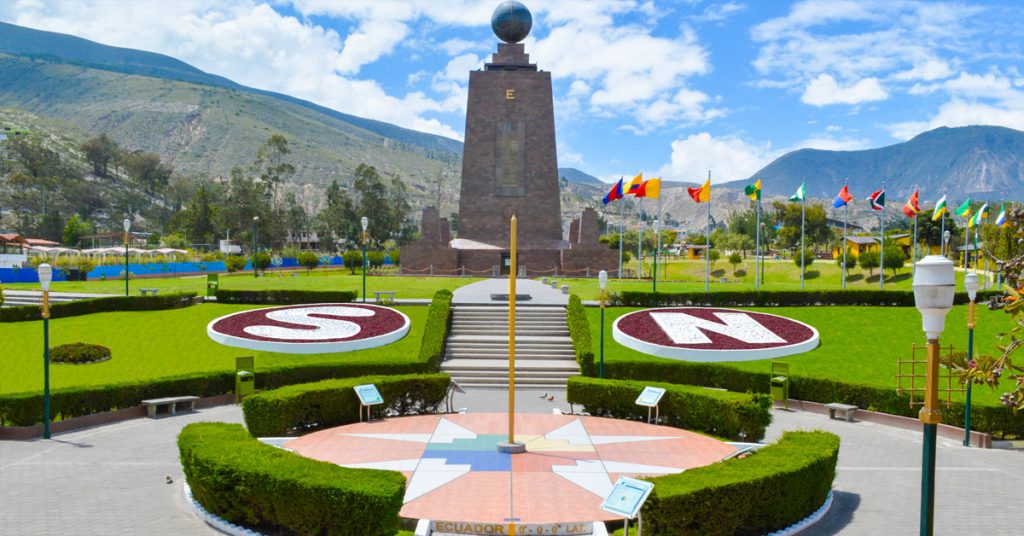 One of the most popular places to visit in Ecuador!

The first monument, or ruins rather, was built by an ancient indigenous culture named Quitu-Cara and it’s actually situated at latitude 0 (0°0′0″N 78°25′43″W). It was discovered in 1736 as a result of an expedition called The French Geodesic Mission. In the following years, the scouts of this great mission defined the equatorial line after deep studies and measurements. The Ecuadorian Government built a 10 meters-high monument honoring the study and hard work of the french scouts, which later on would be replaced by a 30 meters-high monument.

Yet, the location of this monument is actually incorrect. Later on, it was discovered that the line drawn by the french expedition is off by 240 meters south of the true equator. Yet, the monument was already built so it’s in this place where the middle of the world is commemorated.

Contact us and we’ll get back to you shortly!